Lufthansa has had to apologize after it was accused of wanton antisemitism. the Lufthansa discrimination incident happened after the airline denied boarding to a group of American orthodox Jewish passengers. The airline came under heavy fire after the whole group was denied boarding in Frankfurt for a connecting flight to Budapest. The group was en route from New York JFK to Budapest for a pilgrimage.

On May 4, 2022, a group of around 150 American Hasidic Jews were traveling from the US to Hungary for a religious pilgrimage. Apparently, on the initial flight from the New York JFK to Frankfurt, there was a disagreement between the crew and some members of the group who refused to follow the crew’s instructions by wearing a face mask. (Keep in mind this was only a few members of the group).

It is at this point that according to some members of the group things started to get a little out of hand. Upon arriving at Frankfurt, the group was met by a Lufthansa ground crew, and 25 armed German police in a serious escalation. It is unclear what threat Lufthansa thought 150 Hasidic Jews posed that required the presence of 25 armed police officers!

It is at this point in time that Lufthansa or its employees thought a bit of collective punishment may be in order to show those people who’s boss. The entire group of 150 was banned from taking its connecting flight as punishment for the transgressions of the few Jewish passengers who refused to wear a mask.

Unfortunately for Lufthansa if this was not bad enough one of the passengers denied boarding filmed a Lufthansa employee stating:

“it was Jewish people who were the mess, who made the problems.”

This is truly shocking, imaging being punished and denied boarding for the actions of another traveler.

Yitzy Halpern one of the passengers on the flight told Bild TV:

“It was a terrible, terrible experience…Lufthansa didn’t leave a good impression among those American Jews who had just travelled several thousands of miles.”

As it turns out Mr. Halpern’s grandmother survived Auschwitz, but due to his horrendous experience he will not be visiting Germany in the near future.

Unfortunately, Lufthansa’s response was far from stellar, while the company initially insisted that it only took action again the offending passengers. When it became apparent that this was not the case it was forced into a bigger climbdown and apology, as the PR disaster mounted. Lufthansa released the following statement on its Twitter account as a form of apology.

“On May 4, a large number of booked passengers were denied boarding on their onward flight with LH 1334 from Frankfurt to Budapest. Lufthansa regrets the circumstances surrounding the decision to exclude the affected passengers from the flight, for which Lufthansa sincerely apologizes.

While Lufthansa is still reviewing the facts and circumstances of that day, we regret that the large group was denied boarding rather than limiting it to the non-compliant guests.

We apologize to all the passengers unable to travel on this flight, not only for the inconvenience, but also for the offense caused and personal impact.

Lufthansa and its employees stand behind the goal of connecting people and cultures worldwide. Diversity and equal opportunity are core values for our company and our corporate culture. What transpired is not consistent with Lufthansa’s policies or values. We have zero tolerance for racism, anti-Semitism and discrimination of any type.

We will be engaging with the affected passengers to better understand their concerns and openly discuss how we may improve our customer service.”

If Lufthansa thought that this reply would put the matter to bed and end the situation. It is wrong and several American Jewish organizations have criticized the airline for its boilerplate response.

Linking to the video of a Lufthansa employee during the incident, The American Jewish Committee branded the response pathetic, highlighting that it was simply not good enough.

In a Twitter response to the Lufthansa apology, the organization lambasts Lufthansa for failing to even say that it was Jews who were discriminated against.

They called out Lufthansa about its claim that it has a “Zero Tolerance” policy against antisemitism, and perhaps the airline should start with its own staff.

This whole situation has been an absolute PR disaster for the German Aviation giant and Star Alliance member. Being accused of discrimination against a group of people is never good news. when you are a German airline accused of antisemitism it is a total nightmare.

One thing we have noted and experienced over the last couple of years is that Lufthansa has been overzealous, to say the least when it comes to enforcing their mask rules. Multiple travelers have complained, with some noting that it feels like the cabin crew onboard Lufthansa aircraft are not there to provide excellent service and ensure their passengers are safe, rathe to rigidly enforce the company’s edicts on masks. In fact last year one of our members was instructed repeatedly to put his mask back on between mouthfuls of food onboard a transatlantic business class Lufthansa flight.

Hopefully, this absolute PR disaster will not only improve Lufthansa’s policies but will also make the airline take a closer look at its mask policy. As we approach the middle of 2022 several international carriers no longer require you to wear a mask on board. This is not a small list of minor airlines but some of the biggest names in the business including British Airways, Delta, American Airlines, Virgin Atlantic, KLM, Southwest, and United. So maybe Lufthansa should take a leaf out of those carriers’ book and focus on providing its customers a quality service, instead of policing what they are wearing on their faces.

Sam has been writing about points and miles since 2016. As he traveled around the world in pursuit of his passion for travel and scuba diving. He's traveled to some of the world's most far-flung places using points and miles and enjoys sharing his knowledge with his readers. When not working on points and miles or traveling Sam enjoys cooking, reading and long hikes with his wife and dogs. 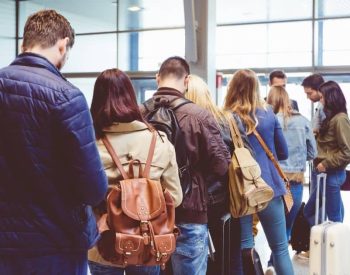 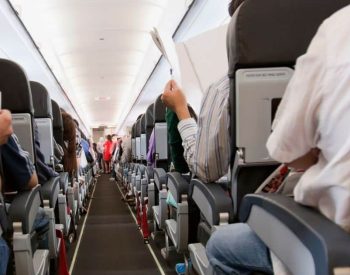 In 2016, American Airlines was one of the first US airlines to offer... 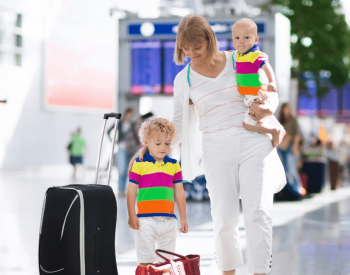 Most airlines don’t offer priority boarding for families and if they do, it’s... 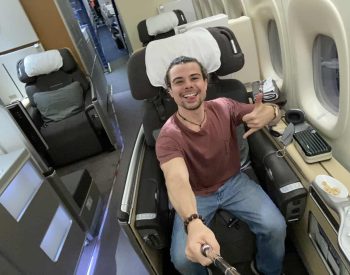 Capital One venture Card
Current offer:
Enjoy a one-time bonus of 75,000 miles once you spend $4,000 on purchases within three months from account opening, equal to $750 in travel..

Chase Freedom Unlimited®
Current offer:
Earn an additional 1.5% cash back on everything you buy (on up to $20,000 spent in the first year) - worth up to $300 cash back!
Capital One Venture X Credit Card
Learn More 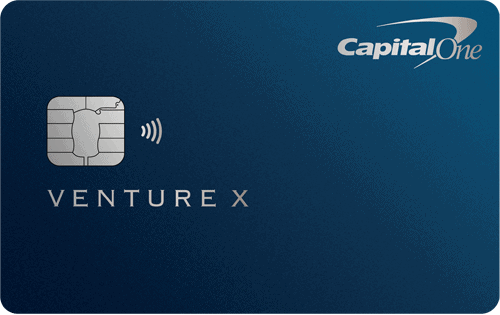