The New 2022 IHG Rewards Program What We Know So Far

IHG Rewards has announced a slew of changes to its member in a recent email. While at this point, IHG is still playing its cards close to its chest, and details are scant, there is still a lot we know about the new program. What we definitely know in some detail is that IHG is adding a new elite tier for a total of 5 levels instead of the current 4. We also know how the levels will be transitioned and when the initial transition will occur.

Currently, IHG Rewards Club has 4 levels, Club, Gold Elite, Platinum Elite, and Spire Elite. You receive basic membership when joining IHG. After that, you progress according to the following criteria:

According to the email, IHG Rewards will be adding a new tier, and its top-level tier will be changing its name from Spire Elite to Diamond Elite. The new IHG tiers are Club, Silver, Gold, Platinum, and Diamond. You progress through the levels at the following rates.

Overall, this is a devaluation of the levels. Previously you got the benefits of gold status, including points that don’t expire, a welcome amenity, and extended checkout after staying 7 nights only. If the benefits tiers remain the same, you will have to stay nearly two and a half times as many nights 20 to earn the same benefits. At the lower end, this is a devaluation and leaves a lot to be desired.

The picture is not prettier at the top end. Currently, 60-nights will get you top-tier status Spire Elite and all the benefits that come with it. However, once the new tiers come into place, you will have to stay a whopping 120 nights to get the same benefits that you currently get after 60 nights. Again, this is a pretty shocking devaluation.

Interestingly the qualification for Platinum Elite has not fared too badly. While currently you only need 30 nights to achieve status, after the new tiers come into play, you will only need to stay 40 nights to hit the same level. We think that this is probably because most IHG members who hold Platinum status have not earned it the traditional way but instead have received it as a complimentary benefit of credit card membership.

When Will the transition take place

According to the link in the IHG email, all current elite levels will be extended through February 2023. This gives you plenty of time to plan and earn elite status from 2023 going forward. To maintain your status, you need to meet the new qualifying requirements from January 1, 2022, through December 31, 2022. If you cannot meet the requirements, your status should be downgraded in early 2023.

Rollover Nights are Still in Play

If you have earned rollover nights, they will remain, so any rollover nights earned in 2021 will still count towards your elite status in 2022. In addition, it seems that IHG is not getting rid of the rollover night concept going forward.

Any rollover nights earned in 2022 will be carried forward and will count towards your elite status in 2023.

While IHG has released a compelling amount of information, it is nowhere near enough and has left us with lots of questions that need answering. One of the key benefits of the IHG Rewards Club Premier Credit Card is that it currently provides the holder with complimentary Platinum elite status.

At this point, that would require 30-nights stayed and 30,000 points earned. From now on, will the card still provide Platinum Elite status? Which would typically need 60 nights and 60,000 points earned. If so, then this is great news and makes the card even more attractive by increasing the value of its offering. On the other hand, if the card will only provide Gold Elite going forward, the new program has sadly devalued the IHG Rewards Club Premier Credit Card.

While new programs tend to offer some opportunities, they also tend to have drawbacks. Announcing the new tiers without much else leaves us with plenty more questions than answers. The new qualifying levels and requirements mean it will be harder than ever to hit top-tier status with IHG, and the lower levels have lost some of their shine. That being said, will there be new perks and benefits introduced to make up for what already seems like a devaluation. At this point, we don’t know; hopefully, as we learn more about the new program, it turns out to be a positive step from IHG, not just another devaluation dressed up as a program upgrade.

Sam has been writing about points and miles since 2016. As he traveled around the world in pursuit of his passion for travel and scuba diving. He's traveled to some of the world's most far-flung places using points and miles and enjoys sharing his knowledge with his readers. When not working on points and miles or traveling Sam enjoys cooking, reading and long hikes with his wife and dogs.

The Complete Guide to the New IHG One Rewards Program

IHG has finally unveiled its new IHG One Rewards program. While we reported... 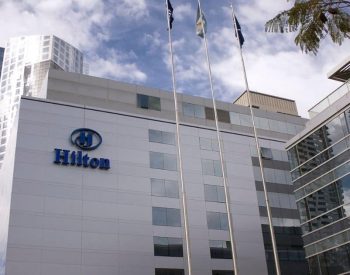 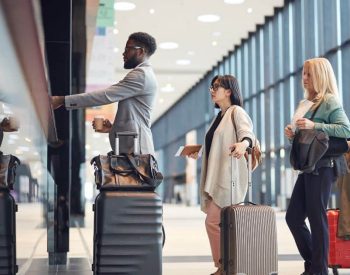 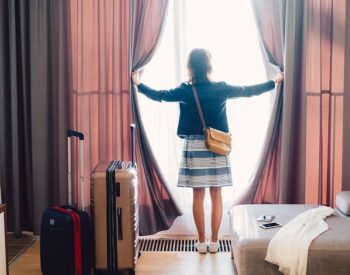 How To Get A Hilton Status Match