Where Does Qatar Airways Fly In The United States?

Qatar Airways is one of the world’s leading airlines with a large fleet of more than 200 planes. This Doha-based carrier is strategically located in the middle east making it the perfect connection point among the Southeast Asian, Central Asian, Oceania, European, African, and North American continents.

Qatar Airways is basically the gateway/stopover point between the east and the west, plying to more than 150 destinations worldwide. However, this guide will focus on US destinations and we’ll be tackling an important question: where does Qatar Airways fly in the United States?

Qatar Routes To The US

Qatar Airways currently operates to and from 12 US routes. Here’s a quick breakdown of each route’s flight number, flight schedule, aircraft type, and classes offered.

Flight QR 756 plies the Atlanta – Doha route four times a week. The aircraft used on this route is the A350-900 and it offers both business and economy fares.

Flight QR 744 plies the Boston – Doha route on a daily basis. The aircraft used on this route is also the A350-900 and it offers both business and economy fares. It’s a non-stop flight from Logan International Airport to Doha Airport with an estimated duration of 11 hours and 40 minutes.

There are two flights that ply the Chicago – Doha route: QR 724 and QR 726. Both flights are non-stop flights that take about 13 hours and 45 minutes long.

The DFW – DOH route also has two flights: QR 730 and QR 732. There are daily schedules for both flights and the duration takes about 14 hours and 10 minutes long.

Flight QR 714 plies the Houston (IAH) – Doha (DOH) route on a daily basis. The flight is on the A350-1000 and it offers both business and economy class fares. It’s a non-stop flight that takes about 16 hours and 15 minutes.

There are two flights between Los Angeles (LAX) and Doha (DOH) route: Flight QR 740 on a daily schedule and QR 742 on a 3x weekly schedule (will change to daily after 5/31/22). Both flights are on the A350-1000 aircraft and offer business and economy fares. The non-stop flight between LA to Doha takes about 16 hours and 25 minutes.

Flight QR 778 flies daily between Miami and Doha. It also flies on the A350-1000 aircraft and offers both business and economy fares. It’s a non-stop flight which takes about 13 hours 40 minutes.

Flight QR 728 flies daily between Philadelphia (PHL) and Doha (DOH). It flies on the A350-900 aircraft and offers both business and economy fares. It’s a non-stop flight which takes about 14 hours 5 minutes.

Flight QR 738 flies daily between San Francisco (SFO) and Doha (DOH). It flies on the A350-1000 aircraft and offers both business and economy fares. It’s a non-stop flight that takes about 20 hours.

Flight QR 720 flies daily between Seattle (SEA) and Doha (DOH). It flies on the 777-200LR aircraft and offers both business and economy fares. It’s a non-stop flight that takes about 22 hours.

Which US Routes Have Qatar Qsuites?

Qatar Airways has planned to install Qsuites in all of its US routes following the revamp of its business class fares last year. As of this writing, there are four aircraft that have the Qatar Qsuites installed, and here are them below along with their flight routes.

You can use your miles from another loyalty program to book flights on Qatar Airways as long as the program is part of the OneWorld alliance. Here’s a complete list of OneWorld alliance airlines:

Take note that you’re not transferring miles amongst the Airlines to book a flight but you’re actually booking a flight with a different airline currency. For example, if you have 105,000 British Airways miles (Avios), you can directly book a one-way Qatar airlines flight from Doha to New York.

American Express isn’t a direct transfer partner of Qatar Airways so you can’t convert your Membership Rewards points to Qmiles. However, Amex allows you to transfer your points to British Airways to convert them into Avios, then book Qatar flights using your Avios.

If you want to start earning Membership Rewards Points, with any of the following credit cards below:

It’s nice to see Qatar Airways expanding its fleet and routes, eventually giving more flyers a wider selection of destinations to visit. Hopefully, all aircraft will have the Qsuite in the next few years so regardless of where you travel, you’ll still fly in comfort and style. 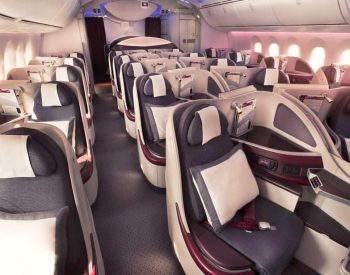 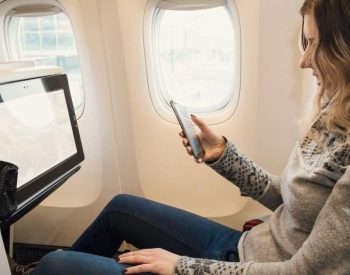 The Qatar Airways new business class fares are out and it’s the second... 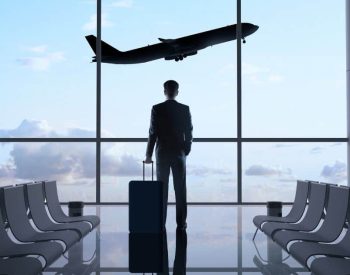 Which Qatar Business Class Flights Have The Qsuites?

In 2021, Qatar Business Class aka the Qatar Qsuites was named the World’s... 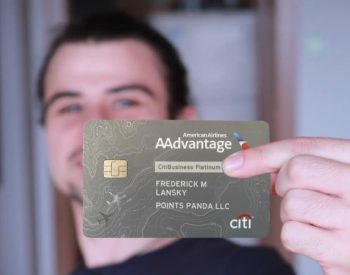