What Is TSA Precheck? Here’s Everything You Need To Know!

Any frequent flyer would agree that security lines are the worst places at the airport. It’s a good thing that TSA Precheck exists because flyers can now cruise through these security lines and avoid huge and noisy crowds.

But what is TSA Precheck exactly? It’s a membership program that allows flyers to line up through a dedicated lane where they undergo smoother and less intrusive security checks. This means that you don’t have to remove your personal belongings like shoes, jackets, and laptops.

In this article, we’ll discuss more on what TSA Precheck is all about, from its requirements, pricing, and benefits.

What Is TSA Precheck?

Following the attacks at the World Trade Center on September 11, 2011, the U.S. government has tightened security measures at U.S. airports. Hence, TSA Pre✓, aka TSA PreCheck, was created, and it’s a membership program that allows pre-approved travelers to skip security checks at airports.

TSA Precheck is handled by the United States Transportation Security Administration (TSA) and the program was first launched in December 2013. Its part of the U.S. Department of Homeland Security Trusted Travelers Program, along with other security programs like Global Entry, NEXUS, SENTRI, and FAST.

How To SignUp For A TSA Precheck Membership

Visit the Trusted Travelers Program website and select TSA PreCheck among the 5 options provided on the homepage. Just click through the “Get Started” button and follow the instructions.

As you proceed to the next pages, you’re required to provide basic information such as your contact details, address, birthday, citizenship, place of birth, eye color, hair color, and many more. You’re also required to answer some basic security questions about whether you were involved in any crime or are mentally unstable.

Providing your information isn’t enough, so even if you don’t raise any red flags, you still won’t be eligible for a TSA Precheck membership if you don’t meet the following criteria below:

How Much Does TSA Membership Cost?

Upon completing the initial requirements and confirming your eligibility, you’re required to pay a non-refundable fee of $85. The membership is valid for 5 years.

You will receive a confirmation letter through email after payment. It will contain all the details about your in-person interview, which is done at an enrollment center.

TSA Precheck interview questions aren’t that hard because they’re usually just a confirmation and verification of the information you’ve provided on your online application.

You only have to renew your TSA Precheck membership every five years, and luckily, the TSA Precheck renewal process is even faster and cheaper too.

TSA Precheck members will have the TSA Precheck logo written on their boarding passes. Just show this to any TSA staff, and they will lead you to the dedicated lanes. Here are the main benefits that you’ll get with your membership:

Members don’t need to remove their shoes, belts, jackets, and other personal belongings in their carry-ons at security lanes which speeds up the entire screening process. TSA has stated that members have waited less than 5 minutes when going through TSA lanes in July 2022.

That’s a lot of time saved because people without TSA Precheck memberships typically take 45 minutes to get through airport security in most U.S. airports.

TSA Precheck is available to all ages, and the same rates apply, but memberships are free for kids who are 12 years, provided that their parents have an active membership.

You can find TSA Precheck lanes in more than 200 airports and 81 airlines. As of this writing, here’s a complete list of the airlines participating in the program.

TSA Precheck is currently expanding its coverage to more airports and airline partners to provide an enhanced security experience for all passengers. However, be mindful that not all lanes are open full-time, so you might want to double-check first before you proceed with your trips.

If you’re a frequent traveler, you can actually get more value if you acquired your TSA Precheck membership through a credit card. Even if you pay annual fees, you’ll get more travel benefits from your cards like lounge access, travel and buyer protection, free night awards, and statement credits.

Meanwhile, the Platinum Card from American Express and Chase Sapphire Reserve Card come with a free Priority Pass Select+ membership that gives you access to more than 1300 airport lounges around the world.

Plus, these cards also let your earn loyalty points which you can redeem for award flights or stays.

Only U.S. Citizens, U.S. Nationals, and lawful permanent residents can qualify for a TSA PreCheck membership. If you’re a foreigner, there’s an alternative way for you to avail all the benefits that TSA Precheck provides, and that is through Global Entry.

Basically, signing up for a Global Entry membership comes with TSA Precheck membership. Here’s a breakdown between the two.

Ideally, you’d get more value if you purchase a Global Entry membership instead because you’ll still get all the TSA PreCheck benefits. Plus, it’s only $15 higher in terms of cost.

Who Can Apply For A TSA Precheck Membership?

How Much Does TSA Precheck Cost?

Do Kids Need To Pay For A TSA Precheck Membership?

Children under 12 who are traveling with an eligible parent or guardian with a TSA PreCheck membership do not need to apply. applying.

Yes. You should use the same name for both your TSA online application and future flight reservations.

Where Can I Find A TSA Precheck Enrollment Center?

You can find an enrollment center here. Just enter the postal code, city, or airport code in the search bar.

Bottomline: Should I Get A TSA Precheck Membership?

Absolutely! Regardless if you’re a frequent traveler or not, the benefits you’ll get heavily outweigh the cost. Imagine paying only $17 per year and you get to skip the long waiting lines at the airport. It’s already worth it even if you just made one trip per year.

If you don’t have any criminal history, getting approved is fairly easy. The online application, in-person interview, and all the waiting time in between would mostly take about a day or two. Compared to the long waiting times you’ll experience at airports, two days is worth the wait. 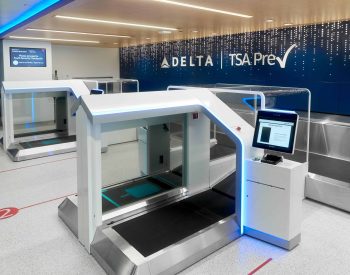 Say goodbye to long lines and big crowds because the Hartsfield-Jackson Atlanta International... 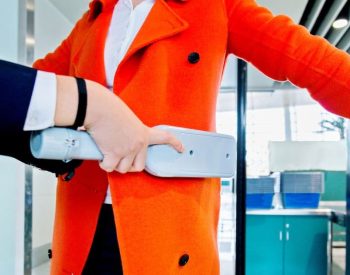 How Much Does TSA precheck Cost? Can I Get It For Free?

TSA Precheck is a service that lets travelers pass through airport security much... 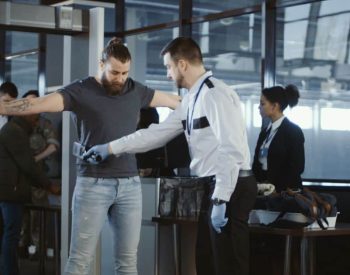 Delta and TSA Precheck impresses frequent flyers again as they roll out facial... 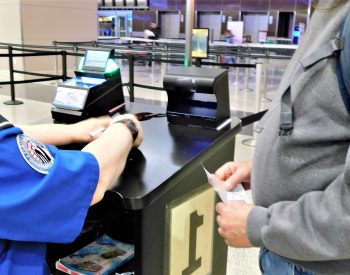 Common TSA Interview Questions And What To Expect During The Interview